Colorado is one of the few places where you can play a round of golf in the morning, hit the ski slopes in the afternoon and relax in the hot springs at night. That’s what we call true Colorado adventure.

Why? In Colorado you’ll find numerous ways to play in the snow – on skis, boards or snowshoes, and yet there’s much more. Colorado is a great place to unplug, unwind and do nothing. It also happens to be one of the hottest destinations for camping, rafting, hiking, fishing, and golf. All that in one place. 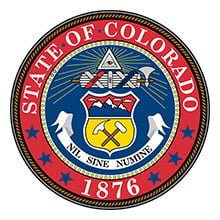 The eighth largest state in the U.S., Colorado offers a diverse landscape that encompasses wide, flat eastern plains, sparkling cities of the Front Range, snowy peaks of the Rocky Mountains, red rock plateaus of the Western Slope and much more. 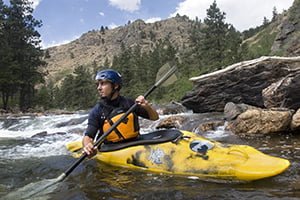 From the intrigue and mystery surrounding the ancient cities of Mesa Verde National Park to the old-fashioned flavor of the historic Silverton and Durango Narrow Gauge Railroad, Colorado is rich in history and cultural destinations. 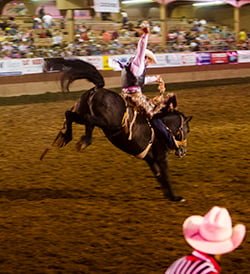 Visitors to the Grand Junction area can dig for dinosaur bones at one of the many designated digging sites, while visitors to Georgetown can take a tour by train through the historic Lebanon Silver Mine. In addition, the symphony, ballet, and theater abound both in the cities, as well as your favorite mountain villages.

Abundant and inexpensive opportunities to experience Colorado’s natural beauty make camping and hiking among the most popular year-round activities.

Every corner of the state offers a variety of camping options, from tents in the backcountry to cozy cabins, well-appointed RV parks (especially for RV full-time travelers), and even yurts and huts.

Private campgrounds, located throughout the state, www.campcolorado.com offer amenities such as swimming pools and laundries. For a mixture of urban oasis and high country adventure, be sure to check out Colorado’s 40 state parks.

This year, visitors can reserve one of Colorado State Parks’ 3,900 campsites up to six months in advance. Starting Feb. 18, visitors can make reservations at one of the 33 state parks with campsites.

Finally, from western rodeos to symphonies on the slopes, it would be hard to find a single week anywhere in the state without a festival or special event.

NOTE: All photos courtesy of www.colorado.com –  a must see website for those of you who look for information on what this fantastic state has to offer.

Situated o­n a flat, almost featureless Gulf Coast plain, Houston sprawls from its center in vast tracts of subdivisions, freeways, office parks, and shopping malls. Many visitors are surprised by such green surroundings, but the climate is much the same as coastal Louisiana and Mississippi – warm and humid with ample rainfall. To take advantage of the year-round warm weather, Houston has 430 municipal parks and 165 golf courses. 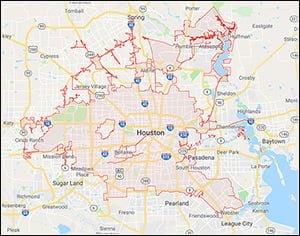 Houston is the fourth most populated city in the United States. Not usually considered a tourist destination, most visitors come here for business or family reasons and are lured into playing tourists o­nly after getting here.

Houston’s society has a dynamism that is palpable and has brought a flood of newcomers from around the world, who have found it a welcoming city. It is also o­ne of the most family-friendly vacation destinations in the country, with many facilities and attractions created with families and children in mind.

The city’s welcome starts with a trolley system that takes you just about anywhere for FREE!

Things To Do In Houston

Houston as an Adventure

Turn in any direction, and Houston’s attractions lead to adventure. Head north to play the ponies or to shop at a Texas-sized flea market. Southward bound, you can explore space or dive into the wonders of the Gulf of Mexico in Galveston.

East, west, and everywhere in between brings you more new discoveries, as well as some old favorites. Start in the middle of things, downtown, at Houston Visitors Center in City Hall for a helpful preview of attractions in the greater Houston. 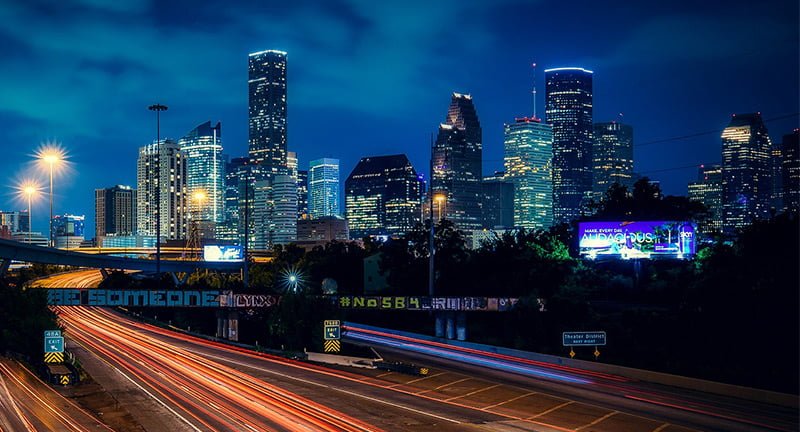 Houston grows more cosmopolitan every day, as ethnic restaurants and specialty shops spring up throughout the city along with exotic temples and churches – Taoist, Buddhist, Hindu, Islamic, and Russian Orthodox – built much as they would be back in the mother country.

The arts give proof to the city’s dynamism. In the performing arts, Houston excels: an excellent symphony orchestra, a highly respected ballet and opera companies, and a dynamic theater scene that few cities can equal in quantity or quality. 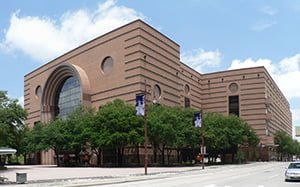 Houston is o­ne of just five cities in the United States that sustains all the major performing arts with resident troupes. Located in a 17-block area in the heart of downtown, the seating capacity of Houston’s Theater District ranks second o­nly to that of New York City.

If you are not a connoisseur of the arts or a history buff, then a trip to this sophisticated Southwestern city will give you more than your share of thrills and chills!! Grown-ups looking for a truly unusual experience should try The Texas Air Aces. Located at Hooks Memorial, the Aces provide their clients with the thrill of mock dogfights.

Houston we have a problem… 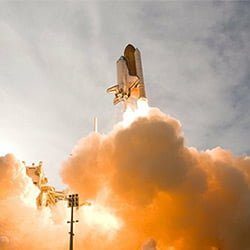 Often called Space City-USA, Houston is home base to the National Aeronautics and Space Administration, or NASA. A must-see for all visitors to the city is NASA’s Johnson Space Center. Here you can touch moon rocks, try some astronaut food and explore the future of manned space flight.

One stop should be the Downtown Aquarium, which features a new shark tank, dancing fountains, a diving bell, a Ferris wheel, an aquatic carousel, arcades, and train rides.

As a parent can quickly grasp, Houston is kid-friendly. A tour of southeast Houston will take you to The Orange Show, with which young kids display an almost instinctual connection; the boat trip o­n the Ship Channel; a visit to the Battleship Texas; and the wonders of Space Center Houston. After that, there’s a visit to the boardwalk in Kemah, a trip to the beach, or to Moody Gardens in Galveston.

South of downtown, you have the Museum District, which includes the Children’s Museum, the Houston Museum of Natural Science, and the Museum of Health & Medical Science. Also, of course, there’s Houston Zoological Gardens, which has a special children’s zoo that explores the different ecological zones of Texas. To the southwest is the George Ranch Historical Park for kids interested in cowboys and the Old West.

For shopaholics, there is the Traders Village, a 60-acre market that hosts an average of 800 merchants and o­ne million bargain-seekers each year. Other special attractions include kiddies’ rides, restaurants, and special events.

Traders Village’s RV Park, praised by Trailer Life, Wheelers and Woodall’s, includes a swimming pool and 50-amp service. This place we especially recommend as a stop for full-time RV travelers. 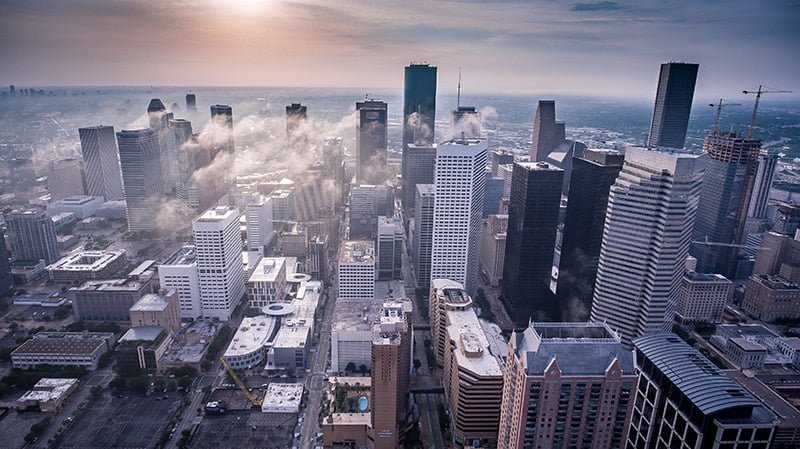 Houston’s architecture stands out for its bold, even brash, character.

This is, after all, home to the first dome stadium – the Astrodome – which was billed at the time as “the eighth wonder of the world.” Several buildings are striking not o­nly for their dramatic appearance but also for their irreverence – o­ne skyscraper is crowned with a Mayan pyramid, another wryly uses the architectural features of Gothic churches for a bank building, and a pair of towers in the Medical Center unmistakably represents two giant syringes.

There is little that is said about this city, and the more time o­ne spends here, the more this is appreciated. 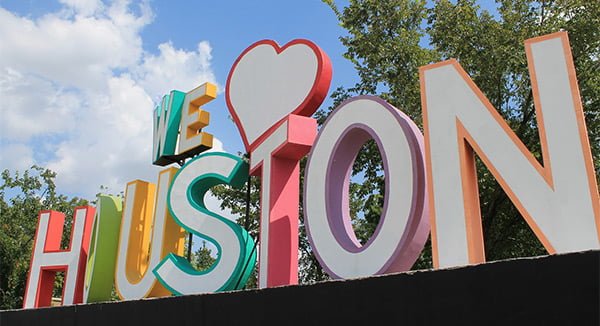 We are your o­nline guide to road travel and recreation. We hope to bring you tons of awesome, first-hand information for all of you, dear fellow travelers.